Movement 17: Beneath the Catalpa Tree 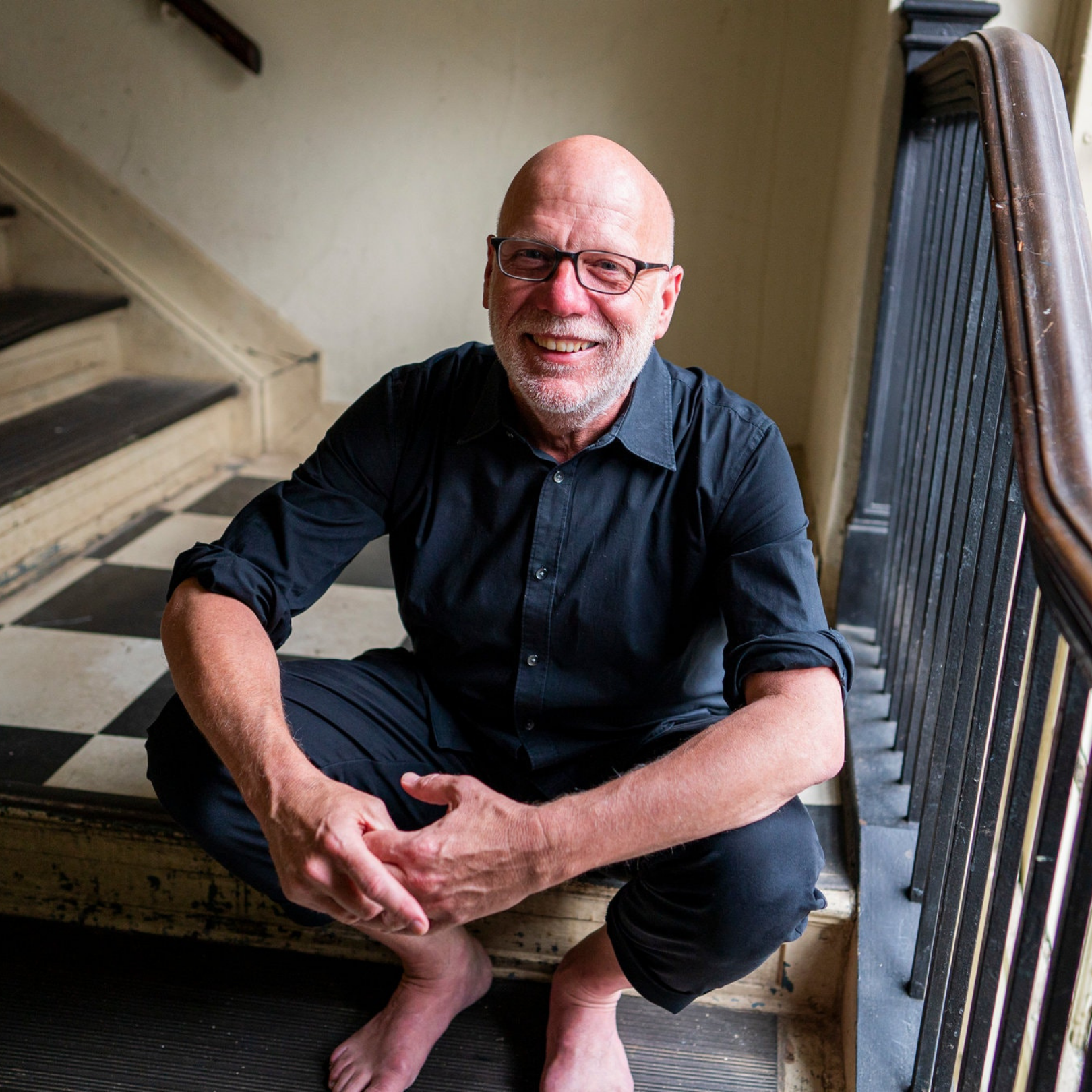 I turn the lamp down and appeal for peace.
Jag skruvar lampan ner och bjuder frid.

If there is a sentence that better captures the reason for Harry Martinson’s Aniara – indeed, for his work in general – I haven’t discovered it. In this there is resignation and a feeling of closure; yet there is hope. And there is rhythm and technique, and careful translators like Dan (Henriksson) preserve a sense of those while seeking the essence of the foreground and background worlds of the Words.

In building our Aniara, these words – turn the lamp down/appeal for peace – lingered in the backs of the minds of The Crossing’s Aniara Team, as we built a piece that respectfully reflects Martinson’s paradoxical world of wonder and disillusionment, of faith in human ingenuity, and fear of human desire and its results.

In the final moments of our Aniara, this sentence is spoken, not sung; it is the motivation for the final chorus in which the singing, while melancholy, is less resigned than those of the lamp’s final moments – the sung response feels more deeply human: conflicted, even sad, yet not Hopeless.

We sing the precepts of Nirvana: “a movement without an aim,” “free from ruthless striving.” After ninety minutes of life-reflecting journeying – a journey of anxiety and humor, denial and reality, anger, pain, love, loss, art – our final words are, “Who knows the last answer at the bottom of the question?”

Has every generation felt that they teeter over the precipice of nothingness? That they are, like the passengers of Aniara, homeless, and headed to an unreachable constellation from which there is no turning back for them or their race? That all they can do is “appeal for peace,” as they conclude, like our space travelers, “The tragedy is done.”

And, that’s the beauty of Aniara, and of Rob (Maggio) and Dan’s collaborative crowning achievement in the subtle beauty and quietness of the final moments of our little play. Here’s where a composer makes a difference.

At the beginning of the last movement, we return to the music and words of the opening of the piece: “maybe then I shall, one evening, see the finish of my memories.” In this music – now more fragmented, maybe a bit exhausted – the uppermost voice, our sopranos, is stagnant; they sing a single note while the harmony shifts under it. There is a stubborn stability here, or perhaps an illusion of stability: the all-so-human belief that things will work out.

How different, then, is the music that follows? First, ascending gradually through a stepwise scale, “Man is best when he wishes good,” then discarding the steps, leaping upward and singing long, longing high notes: “We search while we plunge.” The music feels Baroque: a graphic musical portrayal of the words, with a foundation of counterpoint, the indivisible
rhetorical means by which we can balance musical, structural strength with gestures of fragility and isolation.

Counterpoint: among the great architectural inventions of the ever-imaginative, profoundly destructive human race. Take an idea – here, a poignant melodic moment, presented in its simplest form – then build from that idea, to create an unexpected framework so that the edifice is revealed to hold the elements of the superstructure within its simplicity. The whole, greater than the sum; like humans.

That simplest form? A cello. A scale. Our Tommy Mesa playing in the range of the meat of the human voice. A signal; a new idea. A stepping-off point that contrasts deeply with what came before and announces resolution, be that physical or emotional or dramatic or unknown. Rob’s music, as it grapples with and attempts to reconcile toward the impending conclusion of our
play, is repetitive and mantra-like. It has an unironic effect on the listener: we do not want it to end. Or, perhaps, it seems it doesn’t want to end. Either instinct toward “unending” makes sense, for, “Who knows the last answer at the bottom of the question?”

I love conducting Aniara, and I particularly love guiding this movement because, as it nears its inevitable end, it feels like we have devolved to the beginning, that we have somehow moved from infancy to infancy, innocent, or at least ignorant, of our trespasses. We start again. Maybe we start again by changing our direction. Maybe we start again by destroying what we have
been given, and evolution embarks on its journey back to the Imaginative Species. Or maybe our play starts again. We just reset the stage, and we wait for the opening bars to sound, and, we sing again. And again. And again.

Aniara: fragments of time and space (2019)
Libretto by Dan Henriksson, based on Harry Martinson's Aniara (1956)
Music by Robert Maggio
World premiere production by Klockriketeatern (FIN) and The Crossing (USA)

Movement 17: Beneath the Catalpa Tree

CHORUS & NARRATOR:
If I’m quiet, if I suffer,
if I feel remorse in silence,
maybe then I shall one evening
see the finish of my memories,
finish out my transmigration

Released from human paths and blind desire
Placed on an eternal wake,
on board a sarcophagus in a desolated sea

NARRATOR
A cosmic night, forever cleft from day
Around the grave: a glass-clear silence

Around Mima’s grave they sprawled in rings,
And through it all Nirvana’s current passed

NARRATOR
Here beneath the Catalpa Tree
We sit released from desire

CHORUS
Man is best when he wishes good he cannot do
and stops breeding evil he easily can do
There he finds a movement without an aim
It is free from ruthless striving
We search while we plunge
The fall itself is simple
Who knows the last answer
at the bottom of the question?

MIMAROBEN & MIMAROBEN [TENOR]
Who knows the last answer
at the bottom of the question?