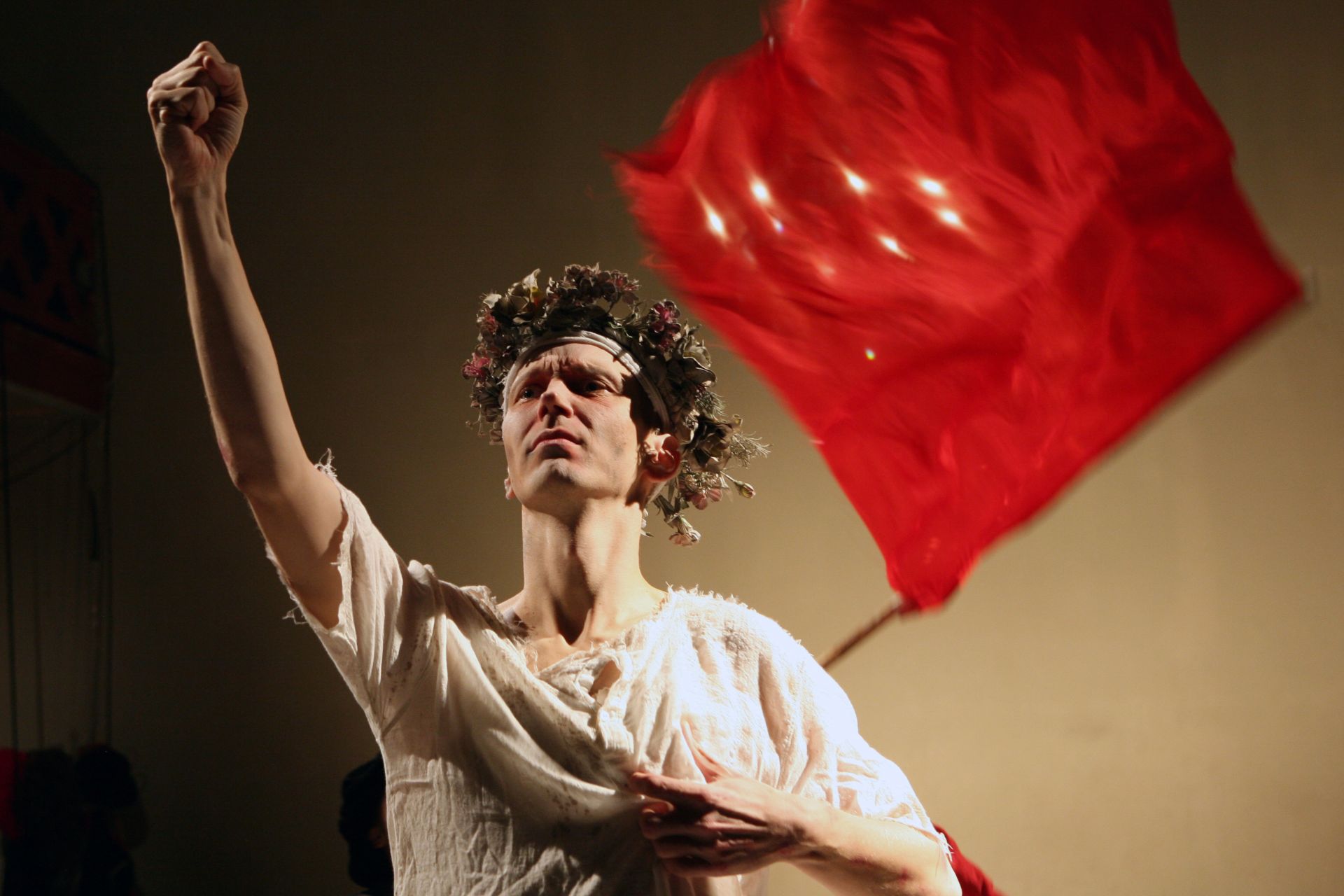 The roaring years after the French Revolution. On stage two grand world historical figures: Jean-Paul Marat, the hero of the Jacobins, and Marquis de Sade, a French aristocrat and disputed philosopher who borrowed his last name to sadism.

The fictitious rendezvous between Marat and de Sade is organized by the patients of Charenton mental hospital. They are preparing a play about Marat’s death and the historical circumstances that led to it. The play is directed by de Sade - who is a Charenton patient himself.

Accompanied by the merry pottering around of the patients, the play intensifies around the conversations between Marat and de Sade. Through deep talks between the two, the timeless text deals wittily and brilliantly with major topics:  the tension between individualism and political activism, power and violence. Some attention is also dedicated to the justification of democracy and to the question of people’s role in democracy.

Three Finnish-Swedish theaters join artistic forces and create their own version of Peter Weiss’ (1916-1982) well-known play. The captain of the crew at the Universum Theatre’s stage is Juha Hurme, beloved theatre-maker, author and winner of the Finlandia Prize 2017. Hurme shakes the 1960s classic to a new, surprising position, but remains true to the original text in one essential point: music plays one of the main roles in Marat/Sade.

”Peter Weiss’ play is excellent, peculiar, intelligent, funny and disturbing. What could be jollier than comparing total control and complete anarchy as political alternatives! The play-within-a-play structure offers endless reasons to joy: the spectators see a play which is being performed by the patients of a mental hospital and addressed to its director. A professional actor cannot be given a better challenge than the role of a lunatic, possibly psychopathic amateur actor. Marat/Sade is of such an artistic calibre that it is always topical.”- Juha Hurme 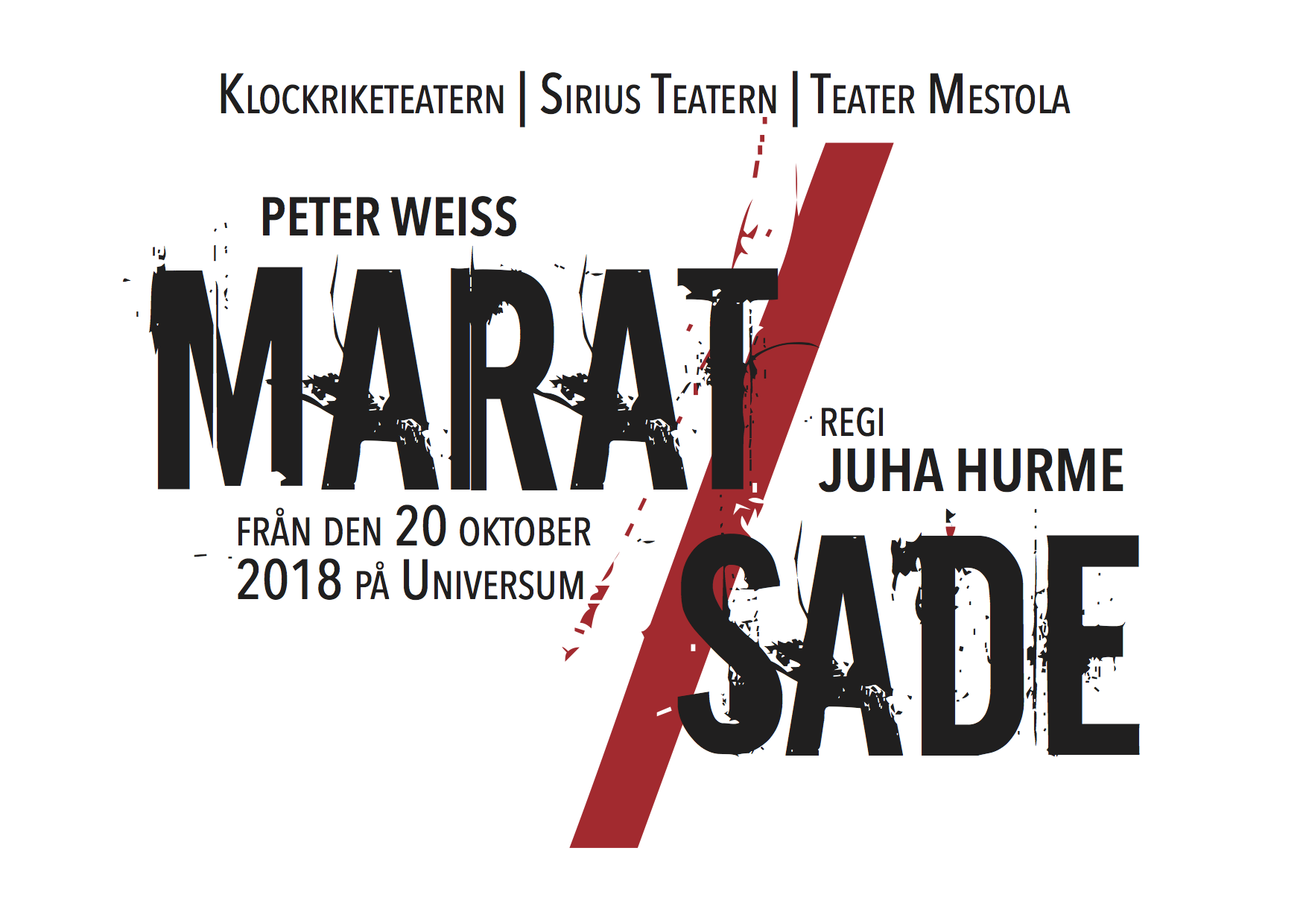 PREMIERE OF THE FINNISH VERSION 22.3.2019 AT
ESPOO CITY THEATRE (SURTITLED IN ENGLISH)

Finnish, surtitled in swedish and english