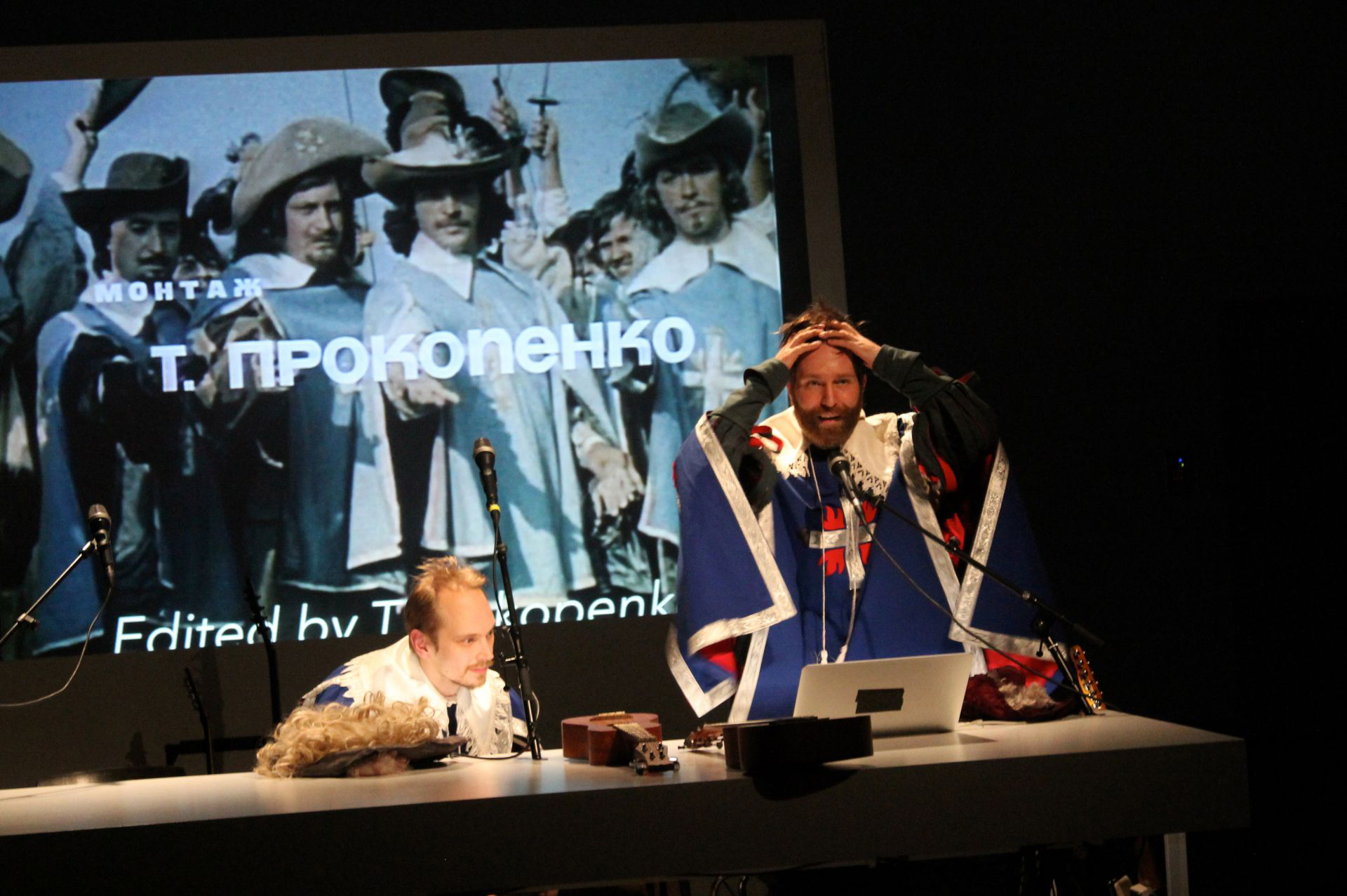 A musical mocumentary cross the borders of fortress Europe.

The three musketeers Athos, Porthos and Aramis fell asleep in 17th century France and woke up in 21st century Vienna. Without no possibility of going back, they must go forward. Go and explore the mysterious lands of Eastern Europe and do what musketeers do - fight. Only for what and for whom?

They see the border guards, the politicians, the activists anfd the refugees. They meet the beggars and the businessmen. They are soldiers, men of action, looking for a noble mission. But what is there left to fight for?

From Austria to the Czech Republic, to Hungary, to Romania, to Moldova, through Transnistria to Ukraine. 3 Musketeers - East of Vienna is a multilingual, theatrical adventure by the award-winning latvian director Valters Sīlis.

The performance is mainly in english. 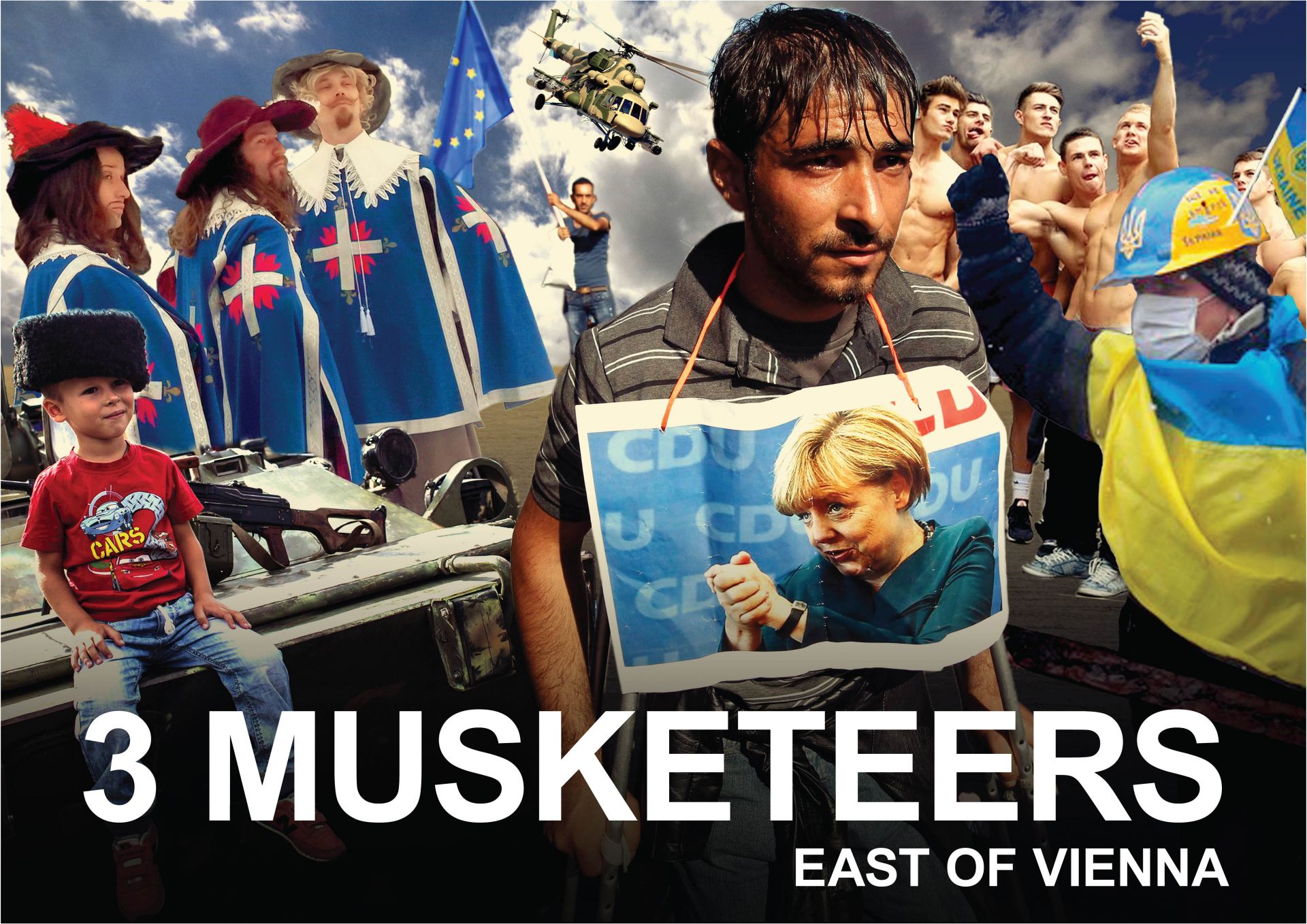